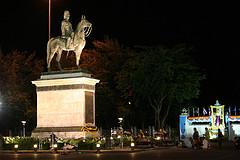 King mosquito, a convert did not allow his men attacked the couple fell Rama and became missionaries virtual rulers. Its inhabitants all turned and adopted a modified form of both culture and language of the missionaries. In 1869 one observer said that all children were taught Rama English as their mother tongue, but the teachers, who were Germans did not have English as mother tongue but had learned. Fifty years later an anthropologist Germanic speaker said that half of the population of the island only speak English but with some strange intonation and pronunciation that resembled the English spoken by the Germans as a second language. Today the entire population of Rama Cay Creole English speaking only but there remains some dozens of Rama who live within a radius of 30 miles on the continent who speak Rama. Both the European African Creoles Creoles in Bluefields and Rama in Rama Cay recognize the difference between the two varieties of English Creole, the latter criticize the Discipline of the continent by continent speak Creole as a second language instead of Rama Cay Creole . Any that is the effect of German, Rama Cay Creole seems to represent an archaic form of continental Creole has been recriollizado under the influence of the ancestral language of Rama. Although this language has been inadequately studied and is now closer to extinction, certain features of the native may be defined as the / r / that is opposed to the continental pronunciation is more like that of North America.

Posted in News | Comments Off on English Creole


« The Power Of Silence
Transforming in the Atlantic »